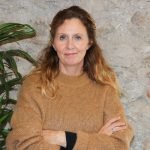 Having spent 20 years in professional roles in advertising, fundraising, and strategic philanthropy Vicky is driven by social change being at the heart of everything she does. Vicky was part of the leadership team at The One Foundation, a €100m fund that invested in Youth Mental Health, Migrant Rights, Children’s Rights and Social Entrepreneurship in Ireland and Vietnam over a 10 year period. Prior to ONE, spent several years working in New York in Advertising for both for profit and non profit clients.

Having seen how change is achievable and big ideas can become reality – she is delighted to be at the forefront of The Cool Planet Experience engaging the Irish public on how we become more sustainable, and ultimately carbon free.

Outside of Cool Planet, she can be found running around Dun Laoghaire either solo or chasing her kids, or ever escaping dog… or just having a coffee and watching the world go by. 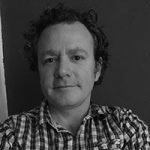 I am interested in how people understand and act on climate change. What determines our level of interest and concern about this topic? How can we involve people in creating a better, low-carbon society? How can the necessary sense of urgency about climate change be translated into meaningful and far-reaching emissions reduction? 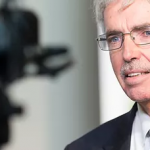 ​My career began as a teacher before focusing  on business – education partnerships and wider issues of corporate  sustainability working for the Confederation of British Industry, Department of Trade and Industry and Business in the Community.

Awarded the OBE in 1995 for work in establishing links between business and education under the DTI’s Enterprise Initiative I was Managing Director at Business in the Community UK from 1995 to 2005. I returned home to Wales in 2005 and was appointed Commissioner for Wales and Vice Chair of the UK Sustainable Development Commission, providing independent advice to the Welsh and UK Governments.

Following the closure of the UK Commission, I was appointed by the Welsh Government as Sustainable Futures Commissioner in April 2011. I played a lead role in the development of the Wellbeing of Future Generations (Wales) Act, particularly through leading the national conversation on the “Wales we Want”. I stepped down from this role in March 2016 with the appointment of the Future Generations Commissioner as established by the Act. I was also appointed to be the first independent chair of the Climate Change Commission for Wales in 2011, carrying out this role through to March 2016.

I have undertaken a range of consultancy projects since 2005 including as consultant to the Prince’s Charities in Wales and St James Ethics Centre corporate responsibility research programme in Australia. I was instrumental in the establishment of the Institute for Sustainability and Resource Effectiveness (INSPIRE) at the University of Wales Trinity St David, where I have an associate role as Professor of Practice

My current project portfolio is now focused on working in support of communities, citizens and consumers. It includes a range of governance roles  – chairing the Wales Council for Voluntary Action, Welsh Water’s Customer Challenge Group and the Size of Wales charity; being a Director of Pembrokeshire Community Energy: a member of the BT Wales Board, Community Custodian for the very exciting River Simple project; a trustee at the Foundation for Democracy and Sustainable Development and  my Associate role as Professor of Practice with the University of Wales Trinity St David. ​I was honoured to be awarded a CBE for the contribution of my work to sustainable development in June 2016.

​A longer statement can be viewed here 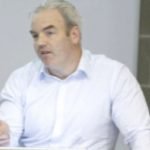 Tadhg MacIntyre  is an environmental psychologist and lectures in the Physical Education and Sport Sciences Department at the University of Limerick. He is coordinating the H2020 project GOGREEN ROUTES which promotes urban health across six European cities.  In 2019 he co-authored “Physical Activity in Natural Settings: Green and Blue Exercise, and has published widely on methodological challenges of evaluating the benefits and co-benefits of Nature based solutions.

Prior to joining the PESS Department at the University of Limerick in 2012, Tadhg had taught on MSc. programmes in Sport Medicine at UCD, on undergraduate programmes in sport science at Dublin City University and in cognitive psychology at Oscail, the National Distance Education Centre at DCU. From 2005 to 2012, Tadhg was a Lecturer and Course Director (MSc. Applied Sport & Exercise Psychology) at the Ulster Sports Academy, University of Ulster, Belfast. Since 1998, he has been an accredited practitioner and consultant in performance psychology.